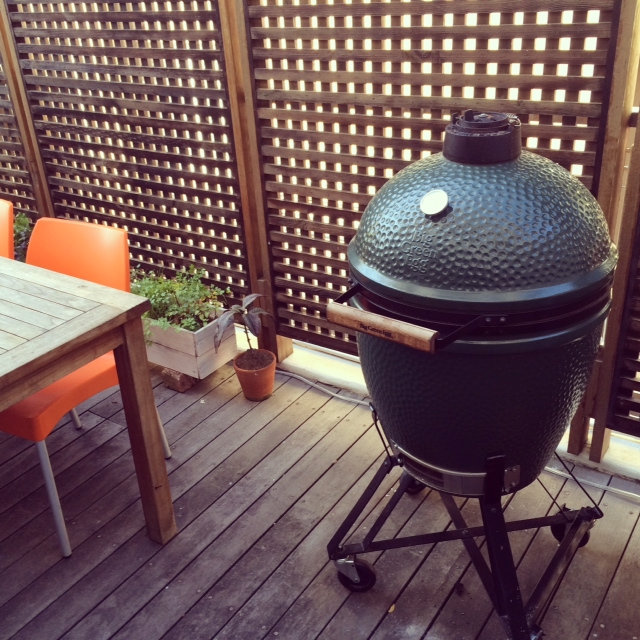 We catch up with one of 2013’s Great Steak League winners, Pierre Strydom.

“The Big Green Egg is an amazing tool for both breads and pizza”.

What was on the menu for the first EGG cookout?

Picanha. My wife is from Brazil and I love this cut. We invited about 10 friends and had Picanha sliced up and served as an appetizer. We then followed with traditional South African boerewors with lamb ribs & chops.

How have you progressed since then and what’s been the most ambitious meal cooked on the EGG?

I definitely think I have mastered the Picanha on the EGG. We have this almost at every EGG party we have at home. What I have learned is to sear the meat while the Egg is super hot for a few seconds on each side, to give the Picanha a awesome colour. Then start cooking what’s on menu and at the end, I through back the Picanha on the grill to cook the meat at a medium temp. My wife is in charge of making breads and dough for pizzas. The Big Green Egg is an amazing tool for both breads and pizza. She’s getting better by the day!!

How often do you use your EGG and what is the most popular item?

Once a week, at least. Mostly Picanha and rump steak. We also love to have friends around for pizzas. Actually, this is also becoming a big part of the Big Green Egg experience!

Why would you recommend someone enters the Steakhunter competition or invest in an EGG?

To enter the competition is a no-brainer. Winning the Big Green Egg is the best thing that happened in 2013 and it’s still carrying on in 2014. Also, I would recommend the EGG to anybody that loves to braai. This is the ultimate tool and you will not look back at one cent you have spent on this amazing tool. I’m definitely investing in a small EGG for the future. I think I will have the ultimate space then to host awesome braais with multiple braai surfaces and different heat options!!

If you, like Pierre, enjoy a good sear on your steak, the Cast Iron Dual Side Grid is a must have accessory.