Big Green Egg looks back on Taste of Cape Town 2015

Cape Town foodies braved the chilly weather on Friday, 10 April 2015 to support the opening night of Taste of Cape Town, part of the international Taste Festivals. Based on the feedback we received at the Big Green Egg feature, it was well worth it!

Teaming up again with co-sponsor, Braeside Meat Market, we served beef and lamb tortillas to hungry Cape Townians over this 3 day festival. At 6 and 7 Crowns respectively, festival goers generally told us they got great value for their South African Rand! This left us feeling well happy!

For those who wanted, fellow sponsor The Wolftrap made available a sample of their choice red, white and rose. Chef Arnold Tanzer, who regularly hosts EGGcademy for us, headed up this pop-up restaurant which was one of the busiest features of the show. Authorised dealer, Tafelberg Furnishers, were on hand to welcome new EGGheads to the Big Green Egg family.

Great fun was had by all who entered our #myfoodieselfie competition on Instagram, Facebook and Twitter where the winner receives a case of wine and Big Green Egg accessories. Well done to Claire Allen for her winning entry. 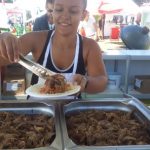 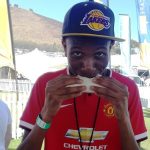 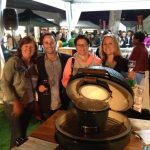