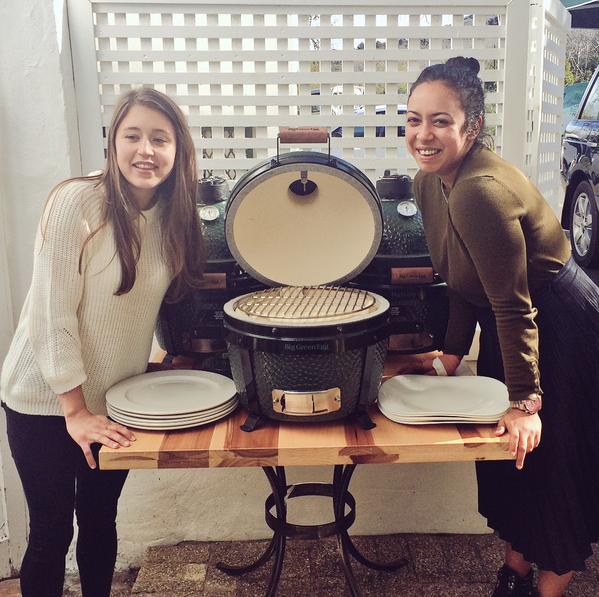 Braving a cold Winter’s morning on 16 July, the Big Green Egg team made it’s way to Franck Dangereux’ restaurant, The Food Barn, in Noordhoek, Cape Town to introduce the MiniMax to a select group of media journalists.

The concept was simple: A Masterchef style cook off between 16 media journalists to win a Big Green Egg MiniMax. 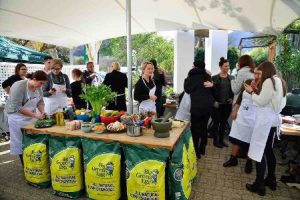 Franck supplied gorgeous local produce (think fresh seaweed from Kommetjie beach) and a mystery box of proteins which the contestants had about 10 minutes to ponder over before being set to Braai! For the next 30 minutes, organised chaos descended over The Foodbarn courtyard as the teams of two vied for top honours in this very EGGcellent cook off! Talk about smoke, sweat and tears…

Each team then had to present their completed dish to esteemed judges, Reuben Riffel, Abigail Donnelly and Franck Dangereux 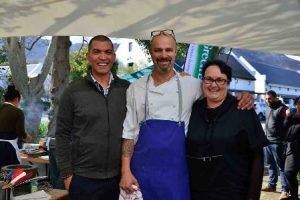 . All the dishes looked, smelt and tasted delicious.

Just like the Big Green Egg, there could only be one…winning team, that is!

During lunch, Reuben announced the winners. Being seated opposite the two young ladies from Elle magazine, it was lovely to see the realisation dawn on them as he described their winning dish…They had won a Big Green Egg MiniMax each! Much jubilation followed as Paighe dos Santos and Tarryn Oppel claimed their prize.

Franck, an ardent Big Green Egg supporter for a few years now, made good use of his Large EGG to serve up a scrumptious menu paired with delicious wines from Boekenhoutskloof: 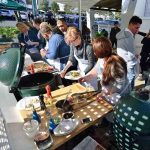 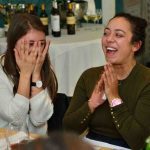 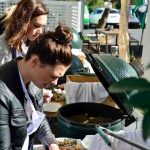 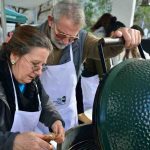 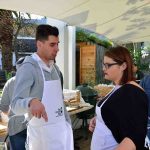 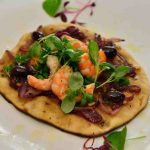 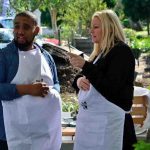 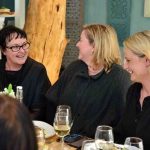 Big Green Egg would like to thank the following people for joining us: