Chef Andrew Draper has over the last 21 years built up an outstanding reputation as one of Durban’s top chefs and restaurateurs. In between catering for celeb weddings such as that of Pascal Ellinas of Pascal and Pearce music fame, this acclaimed chef hosts regular cooking demonstrations at his commercial kitchen in Umhlanga Centre. It’s here that we met him for the first time and the idea of working together on an EGGcademy cooking class came to life.

On a blustery Sunday morning, the Big Green Egg team set to work converting a parking lot (!) into the scene for an interactive cooking class. With table cloths threatening to blow away in the wind, we transformed the drab space into a green little hub for 10 enthusiastic cooks to learn more about just what their EGG could do. Included in our lunch party were also a few people interested in joining the EGG family who first wanted to try it out – they’re now converts or EGGheads as we call them!

The cooks got to cooking and moved effortlessly between smoking, grilling and baking (thanks Big Green Egg!) with Andrew guiding them along the way with insider’s tips and anecdotes from his time in the restaurant trade.

Lunch was sampled by everyone at their workstations and the general consensus was that the menu was simple enough to recreate at home – some guests have decided on this as their Christmas menu – yet, challenging enough for those EGG owners who were looking to extend their culinary skill. All in all, a great time was had by all and we look forward to more cooking demos with Andrew in the new year.

Sign up for our newsletter to be invited to our next cooking class. Classes are held at various venues in Johannesburg, Cape Town and Durban. 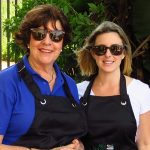 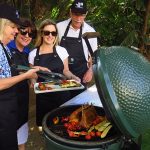 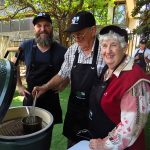 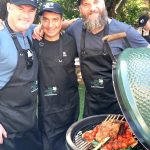 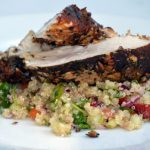 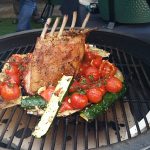 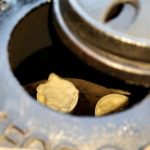 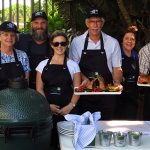