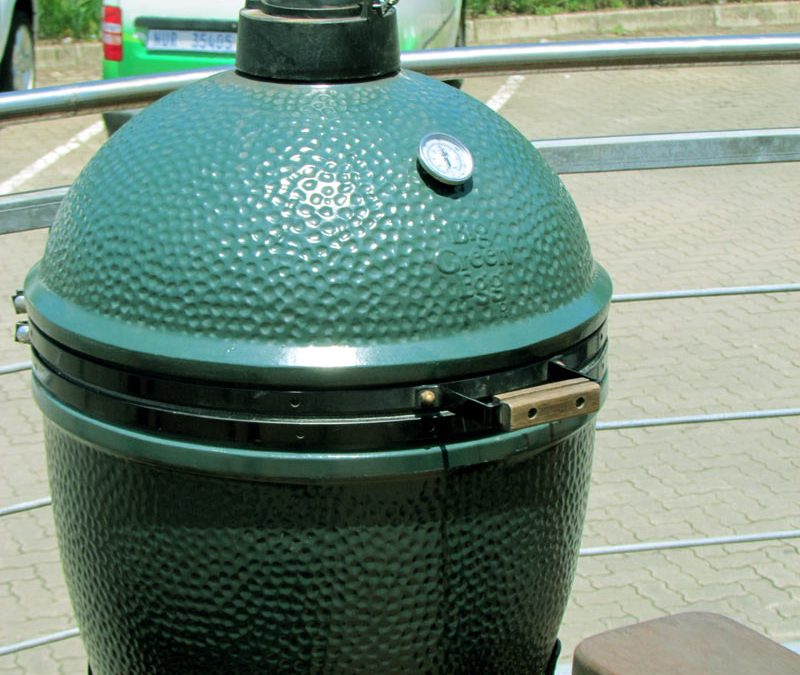 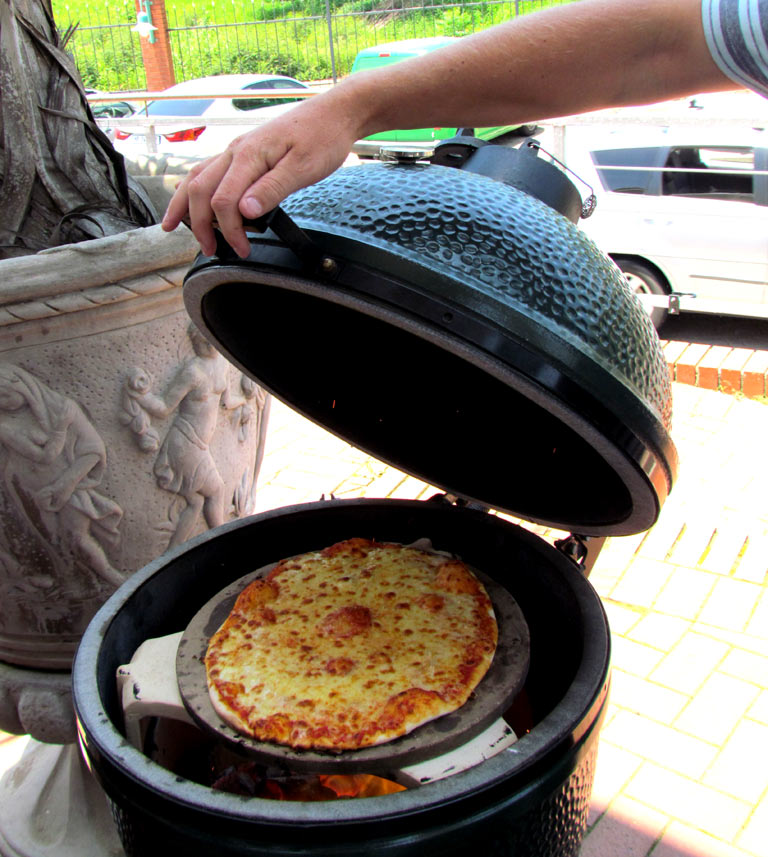 A Remo’s pizza cooking on the Big Green Egg

Remo’s in Umhlanga is proud of its pizza and it should be.  Voted Best Pizza in Durban for 2013, the guys at Remo’s are always interested in the latest cooking trends.  When they heard about an outdoor cooker that made killer pizza, they had to have a look.

Big Green Egg’s marketing manager and accomplished outdoor cook, Craig Turton, was on hand to explain how the Egg worked but it didn’t take long for chef, Edward, to get the hang of things. When the Big Green Egg reached 350°C, Edward produced one of Remo’s famous pizzas, made with fresh dough and their special marinara sauce. (The recipe is a well kept secret.) 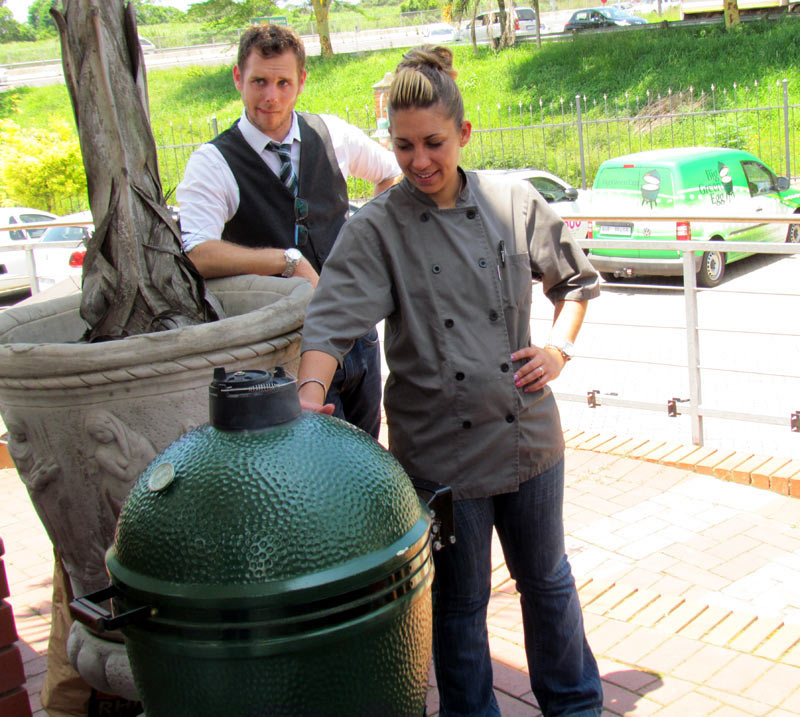 Look, I can touch the Big Green Egg and not burn myself!

While the pizza was cooking, chef Danielle came over and was amazed that she could touch the exterior of the Big Green Egg without burning her hand.  “You couldn’t normally get this close to an outdoor cooker, never mind touch it.” She said.

The pizza looked good and it smelt great but the real test was in the eating.  “It’s good!” enthused Edward, “And the nice thing about cooking on the Big Green Egg is that it cooks evenly so I don’t have to keep turning the pizza,” he added. 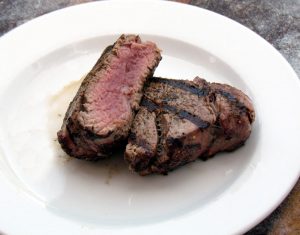 With the Egg all fired up and still good and hot, Remo’s operations manager, Chris Wright, suggested putting a steak on to see how that would turn out.

Only a dash of seasoning and two minutes per side was sufficient to produce a steak with a char-grilled exterior and a perfectly rare middle.  Some eager tasters appeared, attracted by the delicious smells and the steak was soon demolished.

A chicken came next, cooked at a lower temperature with indirect heat.  Again, the results were excellent – a juicy, tender chicken with a crisp skin, ready in 25 minutes. As many of our Egg loving chefs have commented, there really isn’t a better way to cook a chicken. 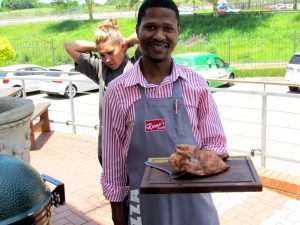 Chef Edward likes the look of this chicken.

Remo’s were impressed by what they saw and could definitely see possibilities in using the Big Green Egg, while the Big Green Egg team were keen to get their hands on some ready-made pizza bases from Remo’s and maybe a jar of the secret sauce!

END_OF_DOCUMENT_TOKEN_TO_BE_REPLACED

Vusi Ndlovu #7 chef in the World